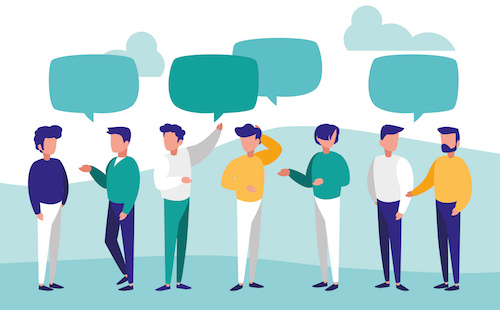 Anthony Bourdain, celebrated TV chef and world traveler, took his life earlier this year, just weeks before his 62nd birthday. To some, Bourdain was the image of success and satisfaction. He visited exotic locations, enjoyed rare and delicious foods, kept celebrity friends and spoke his mind with a refreshing frankness. But underneath the surface, things were not as glamorous as they appeared.

His death speaks volumes not only on the silent suffering those with suicidal ideation experience, but also on the sobering reality of how little progress we’ve made to address male suicide. According to the American Foundation for Suicide Prevention, men account for 70% of all suicides.

According to Jeffrey C. Sung, M.D., psychiatrist at the University of Washington, suicide among men could relate to a lack of messaging specifically for middle-aged men—the highest suicide rate by age—as well as cultural norms surrounding masculinity.

A common gender stereotype is that men are emotionally detached and uninterested in feelings. Society mistakenly views signs of distress as signs of weakness; because of this, our male population typically avoids the mental health support systems in place, and views them as unnecessary or perhaps inadequate in addressing their demographic’s issues. It’s difficult to uproot and dispose of the old mantra of “man up” but perhaps if we can turn seeking mental health treatment into an affirmative, “manly” action, we can help more men get the treatment they need.

How Can We Help?

Men are heavily invested in how self-sufficient they appear to the world, which means they’re less likely to seek mental health care. So, it’s important to keep an eye out for friends and family who might be showing signs of suicidal ideation, or who could be exposed to the following risk factors:

The National Institute of Mental Health advises that once you’ve identified one or several risk factors, it may be helpful to intervene and ask them if they are truly considering ending their own life. From there, you can be there to keep them away from lethal means, talk them through their feelings and connect them with the National Suicide Prevention Lifeline at 1-800-273-8255. It may also be helpful to establish an emergency line on their phone to yours, or to another trusted friend or relative.

One study on male suicide prevention strategies found that men respond positively to receiving support from a respected and trusted individual, forming connections with others who have similar experiences, reframing help-seeking as masculine and using emotional regulation techniques. Another method of reducing male suicide is through restricting access to lethal means, specifically firearms.

Men sometimes aren’t comfortable reaching out to talk about their struggles with mental health. You can help someone who may be struggling with suicidal ideation by approaching the question for them, then simply listening, talking with them and checking in on them. Don’t be afraid to reach outside your normal circle of acquaintances or work colleagues to see how someone may be doing. If you have experienced feelings of depression or suicidal ideation before, it may be helpful to share your stories and experiences.

If you’re worried that a friend or relative may pose a suicide risk, it’s important to refer them to a professional and encourage them to seek treatment. You can help them look for treatment, or point to online resources that may be beneficial. For example, headsupguys is a non-profit focosuing on depression in men with information surrounding suicide prevention tips and strategies.

By recognizing risk factors and starting conversations, we can better address and help those suffering in silence and end the rise of male suicide. Anthony Bourdain serves as a stark reminder that none of us are insulated from suicidal ideation. We could be displaying external signs of success and happiness, but on the inside feel only loneliness and pain. That’s why it’s so important for us to reach out and support one another.